The Wonder of Directioners (Part One) 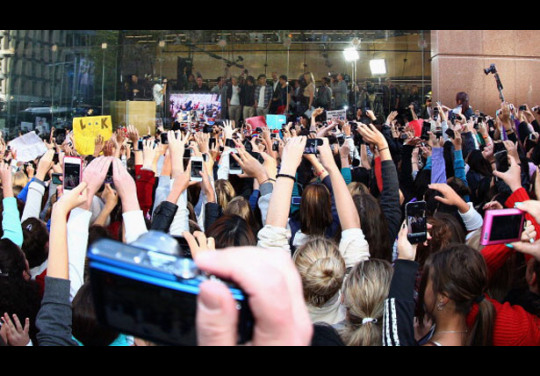 Until a few weeks ago, I didn’t even know about the band One Direction. Apparently, this British boy band is the most popular band on the planet, and everywhere they go they are mobbed by their adoring fans known as “Directioners”. You know you have true fans when they name themselves after you.

Three recent examples, though, illustrate the powerful effect that dedication to a band can have on an individual’s behaviour:

Now, I don’t think these “Directioners” would actually carry out threats to these people if they were face to face with them. Yet, they so desire the company of the band, or believe in the goodness of the band, that they would promote their experience of the band ahead of the wellbeing of other people (and themselves). At this point, they cannot say they are simply enjoying the band’s music.

Here’s some news coverage of the band’s arrival in Sydney (RSS readers may need to view on a computer):

In Part Two, I will discuss how we get here.

3 thoughts on “The Wonder of Directioners (Part One)”